Entrepreneurial Matriculant of the Year Competition kicks off at CUT 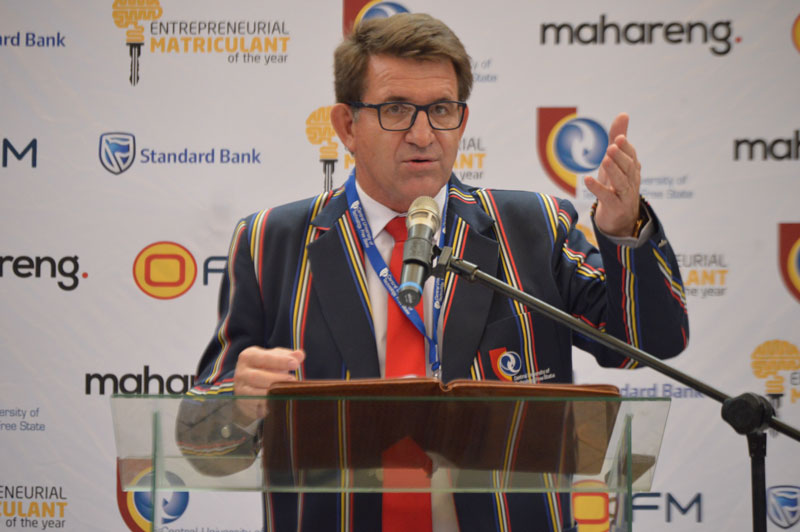 The Central University of Technology, Free State (CUT) in line with its entrepreneurship graduate attribute, launched the Entrepreneurial Matriculant of the Year Competition in collaboration with Standard Bank South Africa (SBSA) and Central Media Group (CMG) on 12 March 2020.

The launch was graced by executives and their teams from all partnering organizations and dignitaries from the provincial government. Amongst the attendees were, Mr Anton Nicolaisen, Free State and Northern Cape Provincial Head of Standard Bank South Africa (SBSA), Mr Nick Efstathiou, Chief Executive Officer of the Central Media Group (CMG), Mr Tsatsi Montso, Acting Chief Director of the Department of Education and Ms Gadija Brown, Free State MEC for Finance.

The Entrepreneurial Matriculant of the Year Competition (EMYC) is envisioned to be an annual contest hosted for grade 12 learners by CUT; Standard Bank of South Africa (SBSA); and the Central Media Group (CMG). The competition will allow learners to attempt to conceive and describe a business idea, in order to enhance their entrepreneurial skills with the aim of encouraging self-learning, instil basic research skills, consider entrepreneurship as a viable career path and to provide real-life experiences to learners in developing business plans and pitching to investors. The competition also aims to increase learners’ problem-solving and decision-making abilities, to improve their interpersonal skills, teamwork and knowledge of money management.

In his welcome address, Prof. Henk de Jager, Vice-Chancellor and Principal spoke about the need for an entrepreneurial enhancement amongst the youth, especially the grade 12 learners considering the high volume of unemployment in the country. He highlighted the importance of developing prospective students for CUT who have an entrepreneurial perspective and who will one day contribute to the central region’s economy as job creators instead of job seekers. He mentioned the CUT Idea-Gym, incubation programmes and the innovation hub that are still in the developmental stages with a R5 million investment from the provincial government.

“As CUT, we have made great strides in integrating entrepreneurship spirit and skills amongst its students and also infused it in the curricular. What we are trying to do, is to unlock the creativity of our learners so that they can be able to think outside the box, look at the environment and get a good idea of how they can address social challenges in our communities and ultimately ensure a better Free State, a better central region and a better Northern Cape for all our people,” said Prof. De Jager.

Mr Anton Nicoliasen, Provincial Head of Standard Bank South Africa said that as Standard Bank, they see the competition as an excellent opportunity to make a difference and they also see themselves as catalysts to change. “The youth is our future and we are faced with a big challenge of unemployment. As Standard Bank, we hope that this competition will plant a seed and give confidence to the matriculants of today to become the entrepreneurs of tomorrow.”

Speaking on behalf Dr Tate Makgoe, MEC for Education, Mr Tsatsi Mantso, Acting Chief Director at the Department, shared a strong message of support from the provincial government. He said that their curriculum has built-in entrepreneurship skills but has been missing a partner to drive them. He also spoke about the entrepreneurship, employability and education (E-cubed) programme, which they have piloted for the past two years to ensure that South African learners from grade 7 to 10, are taught entrepreneurship skills as part of the curriculum. “The MEC for Education will be declaring focus schools in the Free State, where learners will be focusing on the skills needed for the future,” said Mr Montso.

The Free State MEC of Finance, Honourable Gadija Brown, delivered a special message of support to the establishment of the Entrepreneurial Matriculant of the Year Competition. She said, “the executive committee of the provincial government places emphasis on entrepreneurship. Our provincial economy is not doing very well, and this is the opportunity for our matriculants to see the gap, tune in and be able to make money while supporting the economy of the province. I cannot contain my excitement and would like to thank Prof. Henk, Standard Bank and Central Media for this wonderful initiative.”

The Entrepreneurial Matriculant of the Year Competition entries will be open for all matriculants from the central region of South Africa and neighbouring provinces such as Gauteng and the Northern Cape who attend quintile 1,2,3 and former Model C schools. The schools will conduct their internal competitions and then select their most promising business descriptions for a provincial-level competition. From the schools’ submissions, a panel consisting of CUT, SBSA, CMG and business sector members will select and award prizes to the top five entries. Each award recipient will have the opportunity to play CUT’s VALU-E game set, which will introduce them to the vagaries of setting up and running an actual business. The game set will culminate with players designing a real business plan. Participating learners will have enough time to work through their ideas and bring their best to the table. The competition closes in August and more information will be posted on the CUT webpage.

Prof. Henk de Jager, Vice-Chancellor and Principal during the launch of the competition. 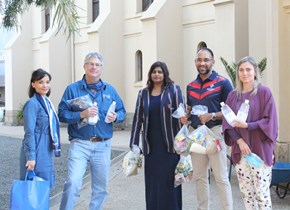 
Note: face masks were worn during the engagement but briefly removed for the photo.The Central University... 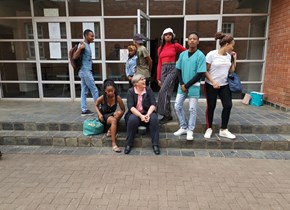 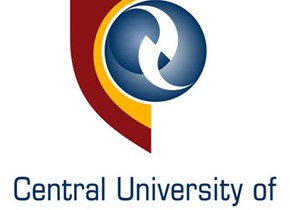