Locate us on Campus

Locate us on Campus

Students’ Obligations in terms of The Higher Education Act (Act No. 101 Of 1997)

The Higher Education Act (Act no. 101 of 1997) stipulates that the establishment and composition, manner of election, term of office, functions and privileges of the students’ representative council of a public higher education institution must be determined by the institutional statute.

The SRC consists of a president, vice-president, secretary-general/sabbatical, and members holding various portfolios.  The SRC is elected annually towards the end of September.  A sabbatical is a senior student who suspends his/her studies for a year to work for the SRC on a full-time basis.  The secretary-general’s term of office is 12 months from January to December. The secretary-general is responsible for all administrative duties of the SRC and where necessary liaises with all relevant bodies within the institution.  He/she is also an executive member of the SRC and receives an honorarium for services rendered.  Any student contesting the portfolio of secretary-general/sabbatical must be in possession of a CUT qualification.

The SRC takes the lead in many student activities and acts as a link between the student body and the management of CUT. To a large extent, the SRC has a co-ordinating and training task as far as the formation of organisations and societies, clubs and other bodies is concerned.

Through its services, the members of the SRC responsible for various portfolios liaise closely with all staff of Student Services in order to ensure the success of student affairs on campus, thus reinforcing the SRC’s position as a full-time student leadership body.

The SRC is bound by a mandate-driven 2010 structure representing the views and aspirations of students. However, it equally operates in an atmosphere that is bound by principles of co-operative governance. 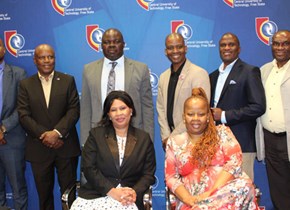 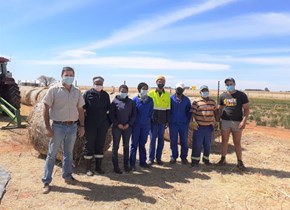 
The Central University of Technology farm which is part of the Department of Agriculture has donated... 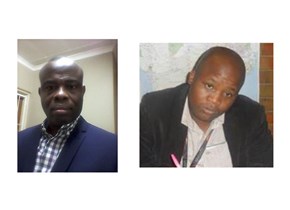 
The journey to celebrate greatness continues with Dr Prosper Hoeyi and Dr Bernard Moeketsi Hlalele being...