Globally, companies require highly skilled employees so as to function at optimal, profitable levels. Furthermore, in order to stay ahead of competitors, companies have to entice and retain the most suitable people for the job (Nicholls 2006). As stated by Maphanga (2011) companies seek employees who demonstrate optimum skill in absorbing and applying knowledge. In order to employ candidates of this calibre, it is imperative that companies utilise good recruitment methods.

The use of psychometric tests comprises part of the broader recruitment process consisting of the application documents, reference checks and selection interviews. Indeed, the use of psychometric tests in industry has increased considerably over the years and they are extensively used in workplace selection (Menday 1996) to evaluate the abilities of clerical, technical, graduate and executive job candidates. (Parkinson 2010). Aiken (2003:

187) delineates psychometric testing as “carefully chosen, systematic and standardized procedures for evoking a sample of responses from a candidate, which are evaluated in a quantifiable, fair and consistent way.” Fundamentally, psychometric assessments are scientifically developed to predict the likelihood that a candidate will be effective in a position (Mujcic 2012).

Psychometric tests endeavour to measure a candidate’s attributes as objectively or quantitatively as possible (Maphanga 2011). In so doing, psychometric tests consist of a range of instruments which are designed to assess and quantify the attributes, abilities, personality traits and various skills of the candidate under consideration for a vacancy (Jenkins 2001).

By and large, tests fall into two broad categories. Some tests are designed to evaluate personal qualities, such as personality, values, interests and beliefs. These are known as measures of typical performance. The test questions have no “right” or “wrong” answers and the tests are commonly administered without a time limit. Other tests are designed to measure performance and typically measure ability, aptitude or attainment. These tests are known as measures of maximum performance. The questions in these tests do have right and wrong answers and these tests are usually administered with a fixed time limit (The British Psychological Society 2007).

The use of psychometric tests as part of the selection process has many advantages, both for the company as well as for the candidate applying for the vacancy. If employed correctly and responsibly, psychometric testing can contribute to the effectiveness of a company’s selection and placement process (Owen & Taljaard 1996). It permits companies to reduce bias and error in their decision making procedure and allows the selection of the most suitable candidates for the vacant positions (Mujcic 2012). Van der Walt (1998 in Van der Merwe 2002) also posits that psychometric tests are more reliable and more valid than other methods and, additionally, research has indicated that tests are approximately four times more effective than screening interviews. This is supported by Kemp (1999) who states that the appropriate use of psychometric tests yields valuable information that is not easily collected during the interview process. Candidates undergoing psychometric tests also benefit as they are placed in employment in which it has been psychometrically established that they will enjoy and perform well in (Mujcic 2012).

In the current labour market, it is imperative that companies have optimal output and efficient and effective employee performance, quality personnel, positive morale and reduced turnover – attributes that are enhanced through the appropriate use of psychometric testing during the recruitment process. 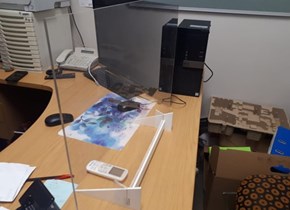 
“I just made one for myself,” Gerhard Beukes, Mechanical Technology Lecturer at the Department of Mathematics,... 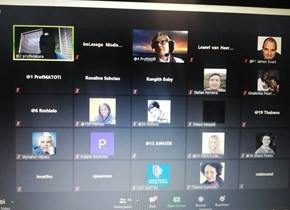 
COVID-19 has no doubt affected how universities operate, bringing forth new challenges and experiences... 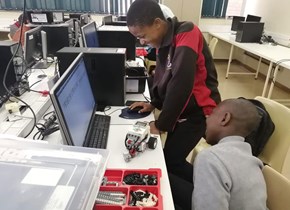 
The easing of lockdown restrictions under level 1 has enabled the STEM Academy to kick start the long-awaited...