The first industrial revolution was based on steam, water power and mechanisation; the second was on electricity, assembly lines and mass production; and the third was on automation and computerisation (Figure 1).  It is clear that the first three industrial revolutions were characterized by advances in technology.

Why is 4IR different?

Different from the first three revolutions, the emerging Fourth Industrial Revolution (4IR), is characterised by the parallel development of a swath of seemingly independent technologies, each with world-changing potential. In this fourth revolution, we are facing a range of new technologies that combine the physical, digital and biological worlds. These new technologies will impact all disciplines, economies and industries, and even challenge our ideas about what it means to be human. From artificial intelligence (AI) to genetic engineering, nanotechnology, 3D Printing, internet of things (IoT), big data analytics, cloud computing, robotics, virtual reality (VR), and digital currencies (based on Blockchain), these advances each promises huge benefits to society. However, the 4IR also poses serious challenges in terms of realignment of labour markets and supply chains, skills shortage, and disruptive business models (Ramakrishna, 2017).

Some proponents of the 4IR phenomenon have argued that this is not a revolution because revolutions are usually not predictable, or they go hand-in-hand with massive social, political and institutional upheavals, which we have not yet really seen (Schwab, 2016).  They, therefore, prefer to call this phenomenon Industrie 4.0.  It is usually spelled this way because the concept originated in Germany as the rallying cry of their new “High-Tech Strategy” which has emerged over the last ten years. The German high-tech strategy has a dual focus: continuing the incremental and export-oriented technological development that German manufacturers are known for; and digitalization, knowledge intensification, trust building, dialogue and networking.  Although there is a subtle difference between Industrie 4.0 (focus in shaping the future) and 4IR (awareness of the technologies and how to respond to them) their commonalities are so vast that it is safe to use them interchangeably.

As with previous industrial revolutions, the 4IR will fundamentally transform the way we live, work and govern ourselves. However, the nature of the 4IR differs fundamentally from the previous, due to both the speed and the magnitude of the change facing us. And because new technologies will come from a range of fields, it is harder than ever to see where opportunities and risks lie (Schwab, 2016, 2018).  One of the potential beneficiaries of the 4IR is the Circular Economy (CE).  To state it differently, the CE vision of nations and businesses will be realised fully from the development of 4IR technologies, and will therefore, have a symbiotic relationship with them.  It is important to reiterate that the 4IR technologies are not means by themselves but are tools that enable greater causes such as the pursuit of CE and broader benefits of sustainable development.

What is the role of Higher Education Institutions in 4IR?

Higher education institutions can and should play a pivotal role in the transformation of local, national and global economies. Leveraging on the 4IR technologies, they have the ability to supply the market with cutting edge research that promotes the adoption and implementation of CE initiatives, and to facilitate the study and analysis of the concept from a theoretical perspective to extend extant knowledge boundaries.  This has also altered the needed skills from our graduates aligned with the technologies within the 4IR environment. Expectedly, this will lead to the development of 4IR ready graduates who are imbued with relevant knowledge concerning the nexus between these technologies and societal advancement. Universities educate designers, engineers, business leaders, procurement decision makers, potential market influencers, policy makers, social leaders, and many others. In addition, they have the leverage to influence supply chains as well as persuade diverse stakeholders including governments, political bodies, future generations, and public. Therefore, this is an opportune time for the universities to further collaborative works, both within respective institutions and with external partners, in emerging industrial revolution which is a symbiosis of Industrie 4.0 and Circular Economy.

Against this background CUT has established a Taskforce that will lead the way in preparing the institutions for the fourth industrial revolution.  Three clusters of programmes, namely: Awareness, piloting identified technologies, and securing adequate talent, will be coordinated by the Taskforce.  For the success of this effort we urge both staff and students to participate actively on this initiative.

Schwab, K. (2018) Shaping the Future of the Fourth Industrial Revolution: A guide to building a better world, penguin UK. 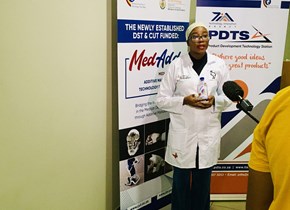 
As the world fights an immense battle against the COVID-19 pandemic, CUT is lending a helping hand through... 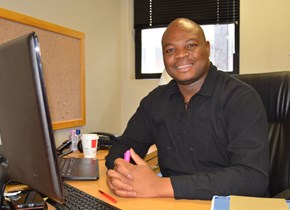 CUT academic nominated to contribute in the Future Professors Programme


The Department of Higher Education and Training has commenced with the implementation of the Future Professors... 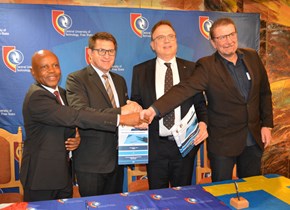 
CUT continues to take further steps towards empowering its graduates. On 18 February 2020, CUT and UW...