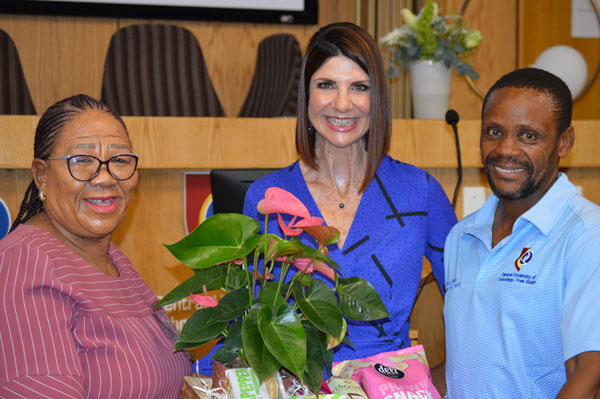 In his welcome address, Prof. Samson Mashele, acting Deputy Vice-Chancellor: Research, Innovation and Engagement said that this year’s theme aligns with what CUT embraces as an institution. “As CUT, we have and are still embracing 4IR, and if you look at what we are doing as an institution, you’ll realise clearly that we’ve started our operational backbone to digitise our operations so that ultimately we are able to have solutions that are digital.”

Prof. Mashele further mentioned that as much as 4IR has changed the industries and the way of living, “it is still a concept-driven from internationally, so where it leaves Africans in terms of readiness for 4IR and its usage is a challenge,” he said.

When reflecting on what decolonisation means, he mentioned that Africans should contribute to the new knowledge because, in most contexts, what comes from Africa is not regarded as knowledge, the only knowledge comes from the western countries, which he finds problematic. “I believe that now is the time for Africans to tap into the space of contributing, investing, having an informative impact on new knowledge, and preparing communities on the transformations that comes with the 21st century as a form of decolonisation,” he said.

MEC for Health in the Free State, Ms Montsheng Tsiu, a special guest speaker, presented Climate Change as a threat to the environment and human health. She expressed that this year’s Public Lecture takes place against the backdrop of the Climate Change Conference held in Egypt, whereby the World Health Organisation (WHO) is encouraging member countries to accelerate action to preserve, protect and mitigate climate change as part of saving the planet and human health.

“South Africa continues to depend more on coal for energy production, and it must be noted that the continuous reliance on fossil fuel has a detrimental impact on our planet and equally more detrimental to the health effects of our general population”, she said.

MEC Tsiu believes that as the country moves towards implementing strategies to improve the planet for the benefit of health, the government should therefore encourage the level of pollutants in the atmosphere by introducing policies, regulations and monitoring systems that will decrease imitations and pollution in the atmosphere. 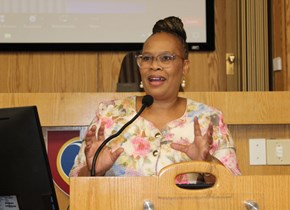 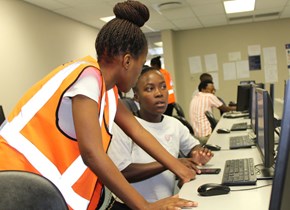 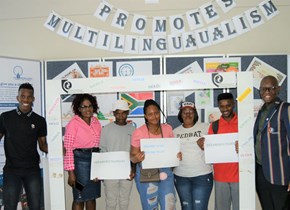